The name Vezzolano has an uncertain origin that refers to Vezeliacum. The same origin of the famous Abbey of Vezelay in Burgundy,  where Bernard of Clairvaux preached the Second Crusade and where the Templars gathered after Bernard himself and the Bishop of Auxerre gave, at the Council of Troyes, the rules of the Order of the Temple, similar to those of the Cistercian Congregation, whose foundation is contemporary and subsequent to that of the Templars.

The name has a probable Celtic origin with the prefix “vezh”,  indicating the duration and the passing of time and the second syllable “lay” which refers to Celtic word “lec’h”, which means ” megalith” ” big stone”, that is why it is translated with “the Stone of the Ancient Times” or “the Big Stone of the Flowing Time”.

But these are not the only similarities between Vezzolano and Vezelay. Just like Vezzolano, the Burgundian Abbey stands on a pre-existing Roman settlement in a place of Nature, Heaven and Forest worship, even before the Celts.

According to tradition, Vezzolano was founded after that three ghosts appeared to Charlemagne who used to hunt in a valley inhabited only by a solitary hermit monk of the ancient Celtic-Irish Monasticism brought to Italy by St. Columban. The monk lived among the ruins of an ancient Roman Domus whose remains are still visible.  Vezelay has monastic origins as well, even before St. Bernard of Clairvaux and the Cistercians.

Both feature the Romanesque-Burgundian style that  Violet Le Duc loved so much. The symbolism in both buildings recalls the origin and the royal lineage of Jesus Christ: the famous tympanum of Vezelay with Christ triumphant and the jube in Vezzolano with the royal lineage of Jesus, from David and Solomon to the prophets, referring to the search of the Knights of the Temple for the legendary Grail or Saing Real (Royal Blood). The cup in which Joseph of Arimathea collected the blood of the Passion preserves all the charm and the enigma of three millennia, and perhaps most of human history. Three millennia during which reigns, churches and lodges have too often opposed dogmatic and intolerant statements to the search for freedom, fellowship and love. Which is exactly what we are looking for today. Vezelay is the place where, on the tomb of Mary Magdalene,  arrived in Provence with Joseph of Arimathea,  pilgrims from all over northern Europe used to gather to go to Santiago de Compostela, on the route of the stars, or to Rome, on the Via Francigena, the famous pilgrimage route.

Vezzolano is located at a point of intersection between the pilgrimage route, along which pilgrims walked to reach Rome, through  Mont Cenis, the Little and the Great St Bernard Pass, Aosta, Ivrea, Chivasso, Asti, Alessandria, and another route coming from the east, through the Po Valley, reached Santiago on the Atlantic, to the Far West, and Jerusalem, to the east.

It is strange how, how, in ancient maps of the pilgrims, Vezzolano and its territory are situated at the intersection of the Via Francigena, the Via Gerosolimitana (to Jerusalem) and Campo delle Stelle, the route to Santiago.  It is no coincidence, then, that within a few tens of square kilometres surrounding these routes, there are more than fifty sites: abbeys, churches, chapels,  rural Romanesque niches, with maybe the highest concentration of historic mysticism in Europe.

Moreover, there are some memories of the settlements of the Templars who watched over and protected the routes of the pilgrims, with the Magione di Isana, on the Via Liburna in today’s Livorno Ferraris beyond the Po, Moncalieri and Chieri.  Many castles date back to feudal times  (Passerano Marmorito, Cortanze, Piea, Gabbiano Camino, Settime and many others belonging to the Marquisate of Montferrat, the Aleramici firts, and then the Paleologi. The family that, during the Crusades,  established close ties with Constantinople, the Eastern Empire and its traditions. Il Montferrat belonged then to the Gonzaga of Mantua, whose domains along the Po got here, and the Duchy of Savoy, the Piedmont and the Kingdom of Sardinia, until the unification of Italy in 1861, with Turin as the first Capital. 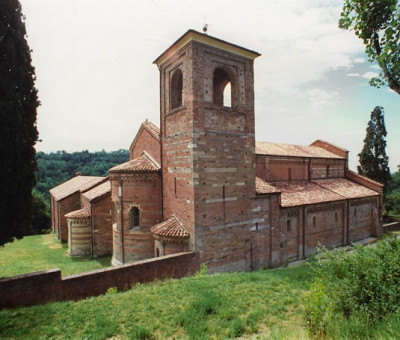 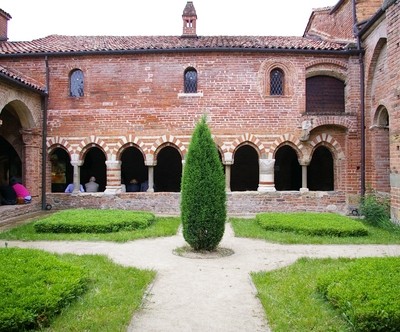 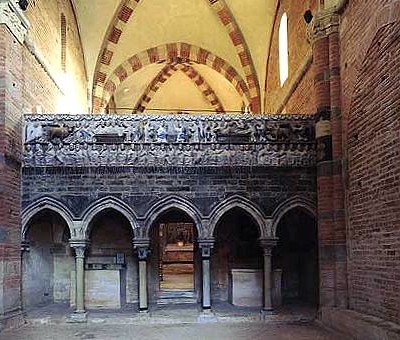