Monastero del Rul lies on a hill visible from the viewpoint of Albugnano to the north-west, exactly on the head of Monte Rosa.

The location of the address (Vezzolano 57) recalls the ancient connecting road, which is still visible through the woods,  connecting it to the neighbouring valley where there is the famous Romanesque monument of  Santa Maria di Vezzolano (according to legend, founded by Charlemagne) located just over half a kilometre in a straight line. On the horizon you can see the Alps,  especially the Gran Paradiso, Rocciamelone, Orsiera and Rocciavrè mountains, which are well visible, up to the East, to the Pennine Alps in Lombardy, with beautiful views of Monte Rosa and the Matterhorn Pyramidal peak, which, on a clear day, seems so close that it feels like you can touch it with your hands. Monte Rosa, on the other hand,  offers fire-coloured landscapes lit by bright sunsets, dominated by the mountain, with its 5000 metres.

The farmstead, which once belonged to the Allamano family, is an old building carefully renovated, recorded in Asti at the end of 1600, and certainly built on foundations dating back to the Middle Ages.

The origin of its name is also unknown, as well as evocative. Rul is the legendary oak tree  that was consecrated to the Druids and to Jupiter, a pretty common name in the area where, however, the settlement is located on the edge of a forest of oaks and hornbeams.

It is also called Ruffo or Rufo: some typical Roman names that refer probably to Rufus, a former colonist who, just like Albonius came to colonize these lands south of the Po at the time of Augustus.

It should be remembered, in fact, that the whole area was subject to intense colonization activities in the first century AD with the establishment of Roman colonies between Hasta (Asti) and Augusta Taurinorum (Torino), on the road to Augusta Pretoria (Aosta) so that the land that had been controlled by the Gauls and the Celts for centuries could be finally romanised. Not far away, on the banks of the Po,  they built, almost as a premonition of what would happen nineteen centuries later in Turin, “Industria” which today is Monteu da Po, characterised by foundries and by iron manufacturing industries throughout the Roman foothills.

Maybe Rufus, just like Albonius, brought here, from Lazio and from Campania Felix, grapevines (which there remained, until now) and olive groves which survived from the Roman times, incidentally, only in Piedmont, thanks to a very special microclimate, characterized by mild, quasi-Ligurian-Mediterranean winters.

Certainly, the Ligurians and the Celtiberians were the first inhabitants of this land, then came the Celts and the Gallo-Romans.

Later, also Rufus’ Roman house was called Rolf, then Monferrino and Cascina Rolfo, when it was included in the registers of Asti in 1600. 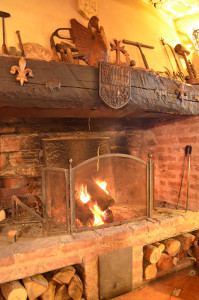 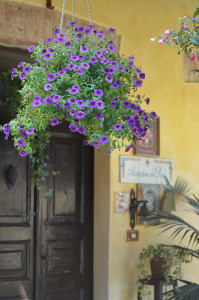 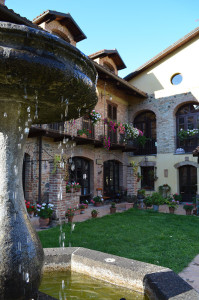 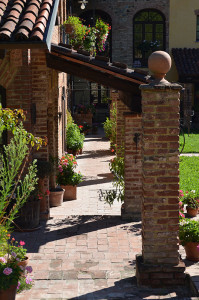 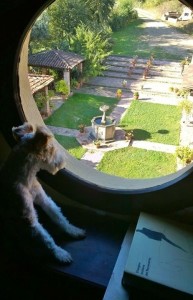 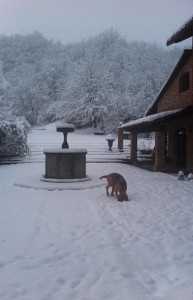